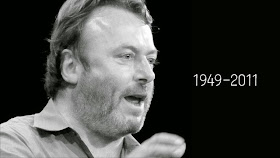 So far as I can observe, atheists all over the world always shout out that all the holy scriptures of religions contain only terrible and fierce passages that unavoidably threaten the peaceful world. It is not an exaggeration if I say that they seriously want all the holy books and all religions be eliminated from the world! The indications about this are so obvious!

Now it is the opportune time for me to address the atheist community worldwide directly, openly, smartly, eloquently and prudently, after for the last several years I maintained the silent position concerning their harsh attitudes and behaviors in waging lethal symbolic war against religions and religious believers.

Yes, I know that in every holy scripture there are harmful passages, including in the Jewish Bible. But if you read them through carefully, there are noble passages too in every holy book. So, be honest and be smart! If you atheists say that terrible scriptural passages have given birth to radical religious believers, why cannot you say that noble scriptural passages have yielded many noble religious believers too? Another point: Rather than establishing peace on Earth, the imbalanced judgment of atheists on the holy books of religions in reality threatens the peace of the world that all humans of good conscience wish to establish. 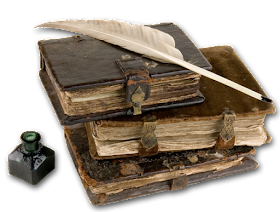 Dawkins and Harris and the late Hitchens etc etc have never gone to any accredited universities to study theology and to practice exegesis and hermeneutics in theological faculties for many years. But they pretend to know well about all things scriptural, all things theological, all things exegetical, all things hermeneutical, all things religious. And then, even worse, they claim boastfully, in the name of their Holy Atheism, that their own views about religions, theologies, scriptural passages, hermeneutics, exegesis, are most perfect, truest, most valid, infallible, and, weirdly, “holiest and most divine”, that must be accepted by the civilized world. To borrow the typical word atheists often use to mock religious believers, religious believers can also say, “Coommmmmeee oooon, Dawkins, late Hitchens, Harris, Dennett, etc, all of you are actually the bullshitters!” On the basis of this fact, I am safely justified to say that they are as fanatic and bigoted as those radical religious believers they are now attacking. In ideology they diametrically differ from one another, but in mentality they dwell in the same camps.

They probably don’t know that there is a discipline in theology that we call the scientific study of religions, including the social, cultural, ideological and anthropological studies of all the passages of holy books of all religions. If you employ these scientific methods in religious studies, you can know well that every passages in any holy books are bound historically, socially, politically, culturally, anthropologically, to the past, are the products of their social, cultural, political, anthropological and historical contexts in the past. To use the broad German phrase, we say that any ancient texts are bound to their Sitz(en) im Leben.

Therefore, we cannot use every text of any holy books by displacing and removing them from their social, cultural, political, anthropological and historical contexts in the past, from their settings in life. To use responsibly all the scriptural passages, the user should have a “critical awareness of history”, if he or she wishes to avoid any arbitrary treatment of any holy scriptures. If you have this critical awareness of history, you will have the intellectual capacity to weigh up the relevance or the irrelevance of any scriptural texts for the modern life, without being forced to wage war against religions and religious believers as Dawkins, Harris, et al., and their pupils, are currently doing naively. Without employing this historical critical approach in understanding any holy books, they are all literalists, in the same way as all radical religious believers are literalists. This is one thing.

The other thing is this: Without using this historical critical approach in interpreting any holy books of religions, what will happen is that they incorporate their own understanding, will, biases and ideological agenda into the ancient religious texts, and then claim that they have gotten the meaning of the texts being interpreted themselves though in fact what they have obtained is their own understanding, will, biases and ideological agenda which had been forcedly and silently incorporated into the texts previously. Formally, we call this approach eisegesis, not exegesis, usually found in any unsympathetic readings of ancient texts. In the scientific studies of religions, the accountable approach should be the sympathetic readings of ancient religious texts. Dawkins, Harris, et al., are very clearly outsiders, not insiders, so far as it is concerned with their behaviors, attitudes, conducts and approaches in dealing with the holy scriptures of religions. The term “passing-over” has been made to express the hermeneutical movement from outsider to insider approaches of studying and understanding any religions and their adherents.

You cannot only read anything that has been written and has become texts; you must study scientifically all the written texts in their interconnectedness with their own historical, cultural, social, ideological and anthropological contexts in the past. The meaning of any scriptural passages, including the terrible ones, comes from the social systems in which these passages were first written in ancient times. You cannot give your own meaning to any scriptural texts only to serve your own will, agenda and ambition. If you only read and then claim you understand all of what you have read, five years old kids can make the same claim too.

So, you pupils of Dawkins, Dennett, Harris, etc., tell your masters to study scientifically how to interpret and understand any scriptural passages in an accountable way. I could be ready to teach them about the scientific studies of religions and historical exegesis. I have a doctorate in this field. It took ten years for me to study first in Indonesia and then in Europe until I obtained my doctorate. Send this message of mine to them all. I apologize to say that they are not enlightened yet in religious matters. They have never been trained academically in the scientific studies of religions. So, it would be better for them to study for many years in accredited universities first before stating anything at will, mistakenly and boastfully about religious texts.

If they persistently treat scriptural texts in an amateur way, rather than developing peace and mutual understanding between world communities, they are, instead, doing harmful things that actually threaten and eliminate peace in our world. Instead of establishing the sisterhood of man in the world, they make humans attack one another first in the symbolic world and then in the physical world.

Finally, let me now cite the short conversation between Mr. A and me on my Facebook to show you atheists that there is something more important and nobler for me than atheism. Here it is.


Mr. A: You study theology yet can’t recognize forgeries, blatant lies, mistakes and horrendous affirmations of violence? If you do and still believe these Stone Age texts are the revealed words of god you have completely wasted your time.

There exist 4 billion adults currently who adhere to various religions. To discount them in any missions to spread peace and serenity in the world, is to do unwise, unstrategic and stupid things. My mission is to try to enlighten religious believers so they can be smartly and prudently religious, and religiously smart and prudent. Understood? To achieve this end, I should also deconstruct the atheist notions about the holy books, and to show the short-sightedness of atheists in making judgment on religions. Clear?

Mr. A: I don’t doubt you are a good man but religion is spread mostly through intolerance and violence. Apostasy in Islam is a death. Christianity was spread at the point of the sword and has repressed societies globally, not least my country Ireland. I firmly believe religion is not a force for good but a method of social control and is based entirely on man-made constructs.

IR: No. I love Jesus Christ and Gautama Buddha among others, and I cannot discard holy books to be studied scientifically, and I cannot affirm that God doesn’t exist or that God exists. I open my mind to the possibility God exists or doesn’t exist. I have so many religious friends who show themselves as people of goodness, kindness, love, nobleness, friendship, peace, serenity, happiness, hope, faith, and they are friends of God. As Indonesians, we once had a very kind and open-minded Muslim president who defended the rights of minorities in our land. Atheists cannot convince me at all that religions are bad. I see very clearly that religions have two faces, the good face and the bad face; and I am trying to show believers the good face of their religions to be imitated, and the bad face to be left behind. Let me travel this road.

Mr. A: Happy travels, Ioanes, but I prefer evidence for the choices I make.

IR: I have ample evidence of the good sides of religions. And I respect so much if other people decide to believe in God and to trust him for their lifetime. Tolerance and friendship and wisdom and critical mind are more important and nobler for me than atheism.